The first of the Isle of Man Commonwealth Games’ Team Champions has been confirmed. Auxesia Ltd, a business optimisation service based in Douglas, is the first local company to get behind the push to send teams to the 2018 Gold Coast Games in Australia and the 2017 Youth Games in the Bahamas.

Local shooter Tim Kneale, who holds the current world record for double trap and will head to the Rio Olympics next month, visited Auxesia at its offices to thank the directors and staff for their support on behalf of Team Isle of Man. The Champions campaign is being run by the Commonwealth Games Association, which is responsible for publicity, fundraising, travel and support for the Island’s teams at the Commonwealth Games and Commonwealth Youth Games.

Isle of Man Sportsman of the Year, Tim, spent time speaking to Auxesia Director Stuart Colligon about his progression in the sport, his training and how he has been preparing for Rio.

Mr Colligon commented: ‘We’re delighted to be a Team Champion again and we were very interested to hear Tim speak about how he approaches his training programme and how he has been making small, gradual changes this year as he counts down to the Olympics. We see a lot of parallels between our business philosophy and elite sport, which is why this is a great fit for us.

Auxesia Ltd has invested in many businesses concerned with developing products, especially within the healthcare and fitness industries. It sponsors future tennis stars Billy Harris and Laura Feely as well as Albany tennis juniors. Stuart continued: ‘The underlying philosophy of Auxesia Ltd is to help businesses at different stages of their development, and to find those incremental improvements in performance which lead to larger improvements over time.

‘We consider ourselves lucky to base our business here and feel it’s important that we give something back to our local community. We wish all the potential Team Isle of Man athletes to best of luck in their efforts to qualify for the next Commonwealth Games.’
Tim won a bronze medal for the Isle of Man at the Dehli games in 2010 and has since gone on to set a new world record in 2014 and establish a world ranking of 5th. His place on Team GB for Rio was confirmed last September after he took silver at the 2015 World Shotgun Championships in Italy.

As flagbearer he led the team out at the 2014 Glasgow Commonwealth Games and he firmly values the experience that competing at two games has given him. Tim said: ‘All experience is good experience and representing the Isle of Man has given me a great basis for becoming part of the full international scene, from being part of a team to travelling to different parts of the world.

‘I do get tremendous support from the Isle of Man, both when I’m back here and via social media, and it means a lot. I’m also very grateful for the support I receive from RL360, UK Sport and National Lottery funding. Over the course of the next two years I want to continue to build my qualification points in order to qualify for the next Commonwealth Games and hope to bring more medals home.’

President of the CGA, Juliet Holt, said: ‘Thank you to Auxesia Ltd for agreeing to become Team Champions again. We need to raise around £100,000 to send the team to Australia, and as a charity, we rely on fundraising and sponsorships to raise that total. Thank you also to Tim – we wish him all the best in Rio!’ 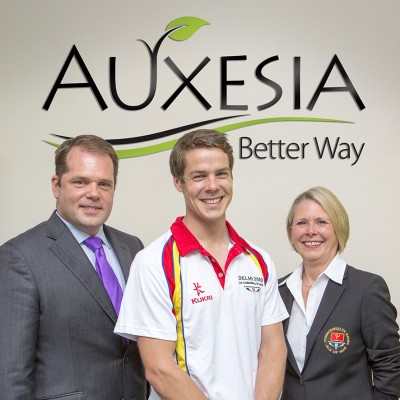